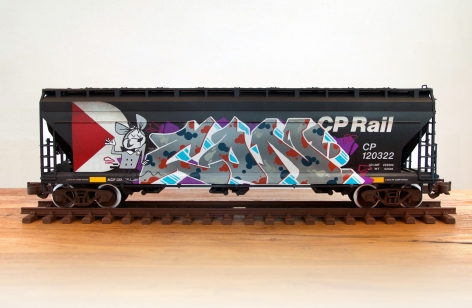 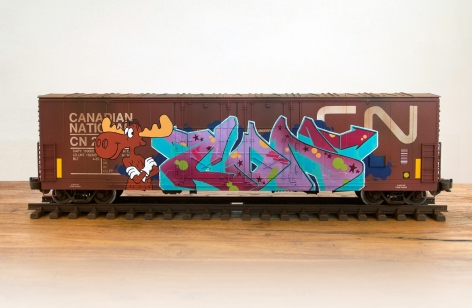 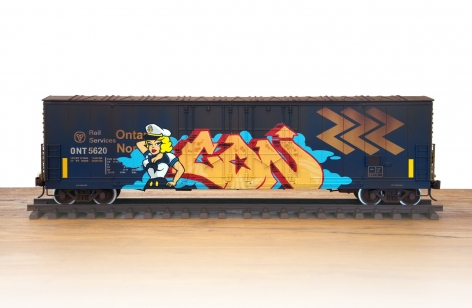 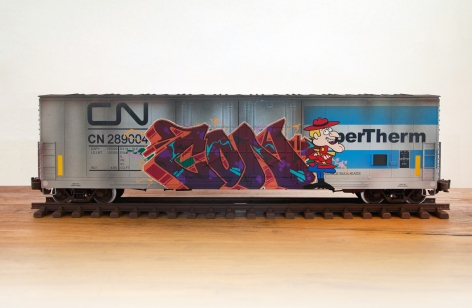 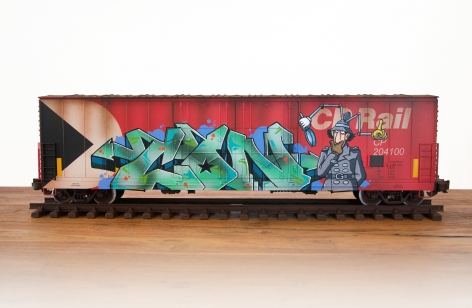 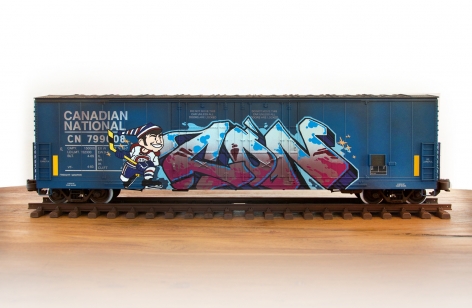 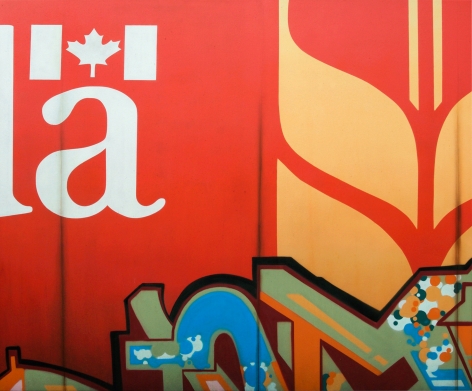 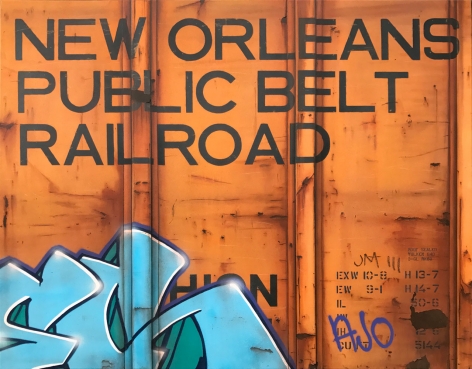 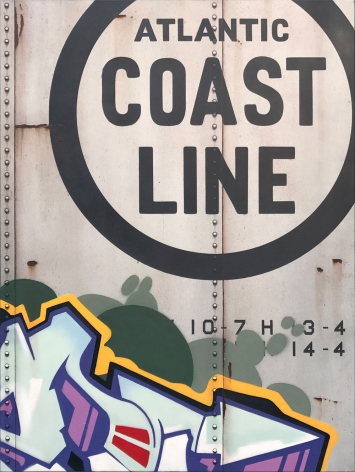 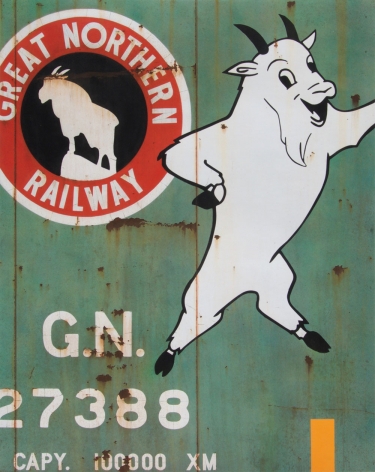 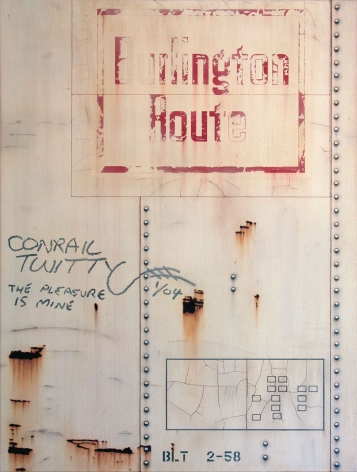 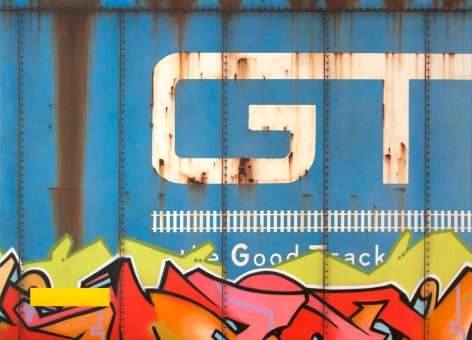 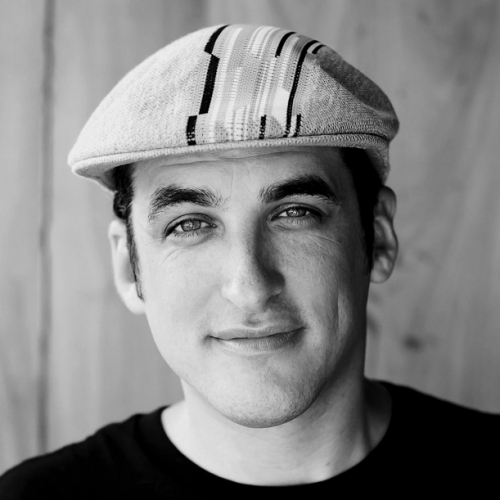 Painter, muralist, sculptor and graffiti artist, Tim Conlon is known for his paintings on canvas, his murals, and large-scale sculptures. His photorealistic work often depicts freight trains covered with graffiti.

The frame of his work lies in the themes of street art. As a young man, he was fascinated by abandoned buildings, signed graffiti on the walls of Baltimore's underprivileged neighborhoods, and railway warehouses storing freight trains. Baltimore, one of the largest port cities on the east coast of the United States, is a nerve center for commercial transit, where cargoes arriving on large ships are transferred on freight trains to reach other major cities. The wagons serve as itinerant art galleries for graffiti lovers. Attracted by the logos, typography, and colors found on these old and new convoys, Tim Colon quickly moves from observation to practice.

Wishing to reach a larger audience, the artist decides to work with canvas. In his Los Angeles studio, he recreates the weathered appearance of train cars by painting them and focuses on the recovery and representations of symbols associated with major US rail companies. Tim Colon explains: “In expanding my current body of work, I’ve applied the skills I’ve developed writing with aerosol, creating hybrid pieces that involve typography, abstract elements, and realism onto canvas. From portraits of pop culture figures, realistic illustrations of rust and decay from the urban landscape, to detailed color studies and line work within a graffiti tag, the core matter used in my paintings remains spray paint.” The design, size, color, signature, and location are just as important to him as the frame and the surroundings--whether it's a wall, a train or an art gallery.

Tim Conlon is an artist living and working between Washington and Los Angeles. He grew up just south of D.C., and is best known for his large-scale murals, graffiti art, sculpture and works on canvas. He was one of two aerosol artists featured in the 2008 Smithsonian National Portrait Gallery exhibition, RECOGNIZE! Hip-Hop and Contemporary Portraiture. In 2011, he was featured and curated the G-scale train exhibit in the Los Angeles Museum of Contemporary Art, as well as the Art in The Streets survey of graffiti and street art. Tim Conlon has recently exhibited at the Corcoran Gallery of Art in Washington, D.C., along with shows and projects in New York, Miami, San Francisco, Paris, Bordeaux, and Berlin. 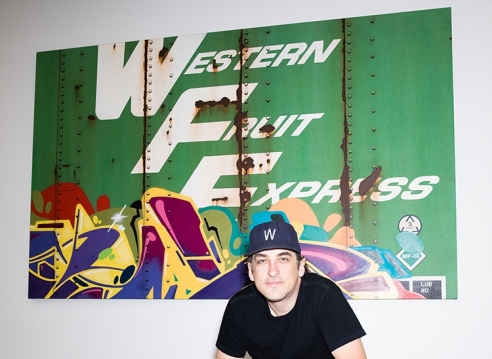 “In graffiti, you use these precise lines,” Tim Conlon says. “But for the trains I spray from several feet back, then scrape it, apply another layer of paint and repeat the process until I achieve the desired weathered effect. I’ve been painting for more than 30 years, and I still like to use that can control and other techniques I learned. I didn’t want to completely set it aside.” 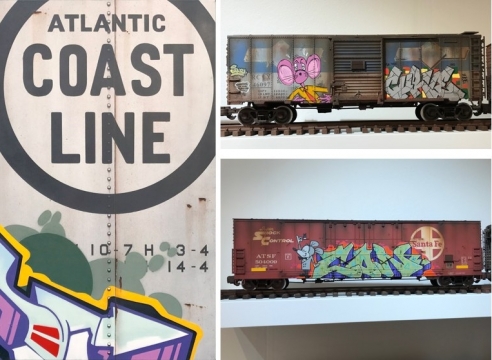 Freight train graffiti is a subculture which holds appeal as a mix of urban graffiti crossed with hobos and train-hopping Kerouac-style adventure. It’s graffiti that moves. So it makes perfect sense that someone who appreciates this subculture might want their own graffiti-covered train, and artist Tim Conlon is someone who can make that happen. 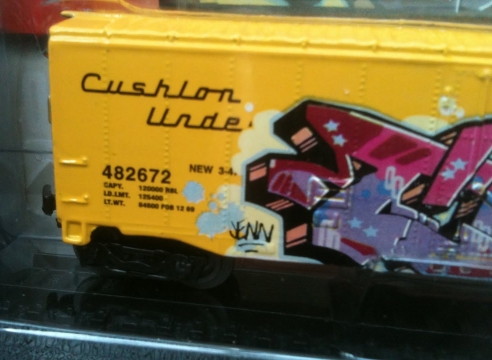 Then there would be a freight train. It was like, “Let’s just paint this, too.” Then that train car got shipped off and somebody saw it and from the early 80s it started to bubble up. I would say that it was the early 90s when this really hit the mainstream when people realized, “If I paint something here, it’s going to travel all the way over to Los Angeles next week, and then that same train will travel to Nebraska.”

View More
Back To Top