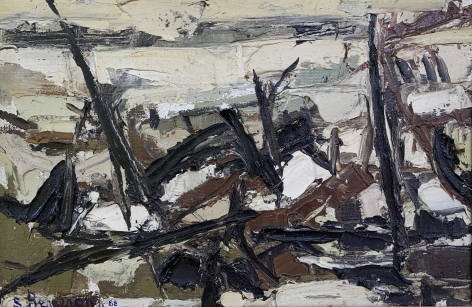 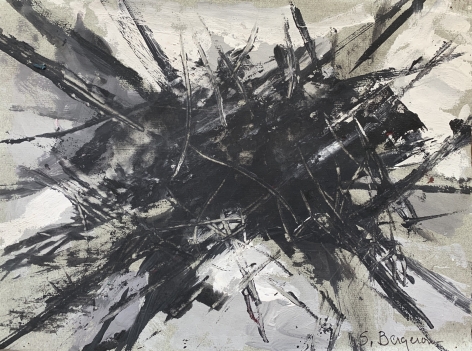 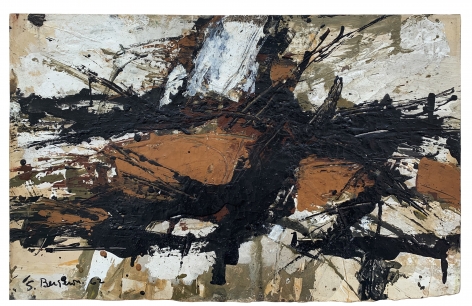 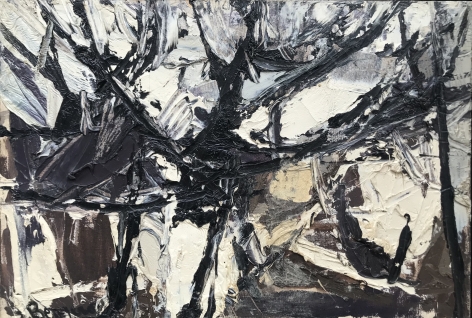 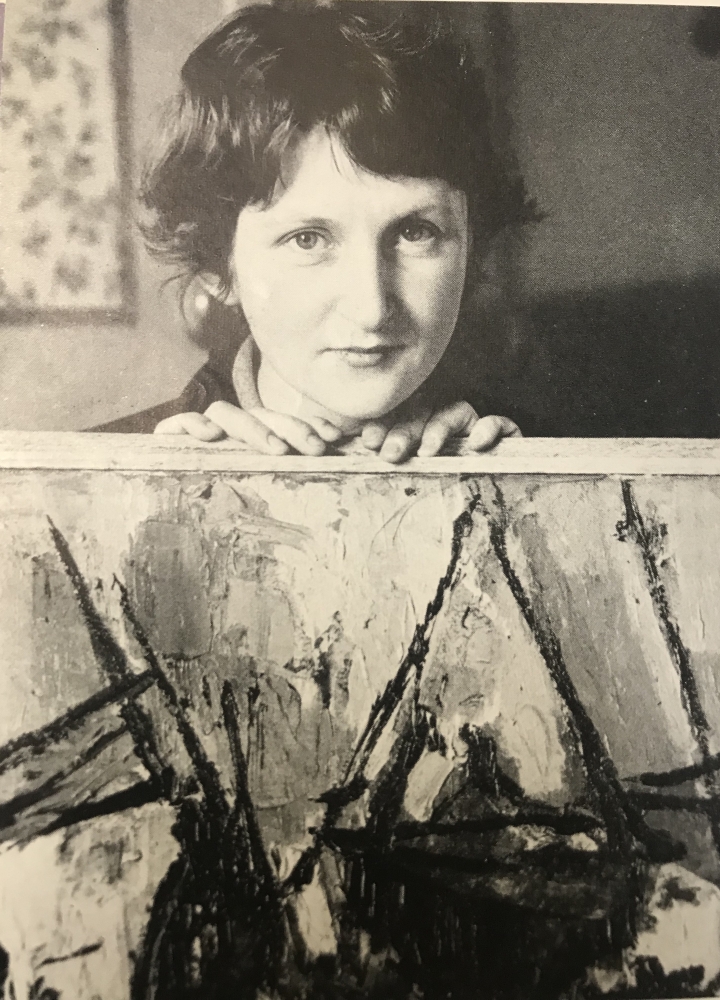 Born near the Gaspe Peninsula, Quebec, Suzanne Bergeron studied four years at the Ecole des Beaux-Arts, Quebec City, under Jean-Paul Lemieux and others, and graduated with honors in 1953. In 1955 she held her first solo show at Galerie Agnes Lefort, reviewed by C.G. MacDonald who wrote, "In two landscapes which dominate her first one-man exhibition. Suzanne Bergeron has achieved a fine balance between composition and color, Paysage d'Automne and Brule, are finished works in which the young artist's vigorous expressionism seems controlled by mature vision. Many others of the drawings, paintings, and sketches shown are interesting for their vigor and freedom of expression and color where color is used. The painter applies her oils heavily and keeps her colors subdued. A single splash of strong color lights a scene or arrangement that is otherwise dark. Several interior arrangements, a view from a window, and a number of nude figure studies exemplify her potentialities as a colorist."

She won the 2nd Prize for painting at the Concours Artistiques de la Province de Quebec in 1955 which enabled her to study and work in Paris. She departed for France with her architect husband, Jean-Claude Suhit, where she studied, visited studios and galleries, and painted. In 1956 she exhibited her work in the International Exhibition of Paintings at the Museum of Modern Art in Paris and won the bronze medal awarded by the City of Paris. In 1957 she held a solo show at Galerie Marcel Bernheim where her work was well received. She was awarded a Royal Society Scholarship in 1957 for continued study and work in France. She studied at the Ecole du Louvre during her stay in Paris. She was one of the finalists in the Canadian Section of the Intl. Guggenheim Exhibition held the same year and also exhibited with the Ecole de Paris and the Canadian Biennial. She returned to Canada in 1958. In 1959 she held a solo show at Galerie Agnes Lefort. Robert Fulford in Canadian Art magazine in 1961 noted, "Perhaps you can only with difficulty imagine Tom Thomson being pleased with her work . . . abstraction, the period style, dominates her work. But in her colour, and her sense of rhythm, and her obvious engagement with the subject of landscape, Bergeron suggests nothing so much as a Group of Seven painters who have suddenly been transported into the world of abstract art. She has that intense dedication to nature, coupled with an almost savage desire to convey in paint the ferocity of the Canadian outdoors. A typical Bergeron consists of a white background with bold strokes in greys and browns in the foreground. They are often slashed across the canvas, like wounds made by a whip, and they tend to bunch together, creating a confusion of images close to the surface. Another recurring theme is an abstraction of underbrush: irregular parabolas, their lines swooping up towards the top of the painting, done in hasty, spontaneous strokes. In landscapes like these . . . her brush and her knife carry her where they will, and if it is true that she sometimes ends by describing chaos it is also true that she sometimes produces a solid, nearly perfect abstraction of natural forms." A successful solo show at Lefort's Gallery in 1963 was followed by her return to Paris on a Canada Council grant.

Read the article (in French)
Back To Top