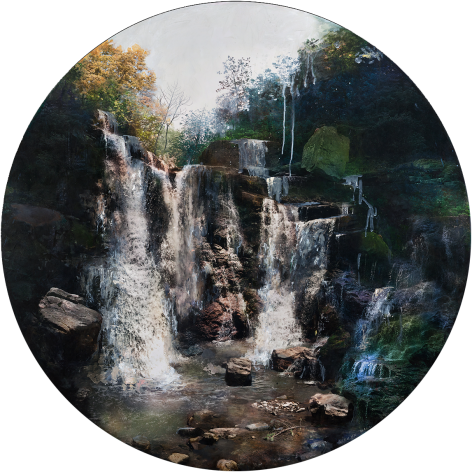 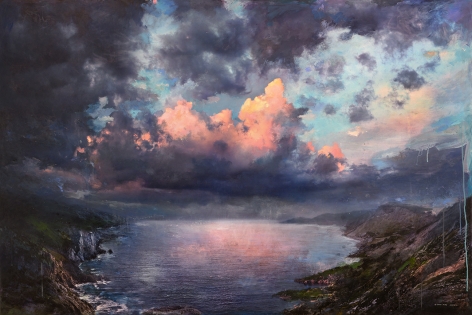 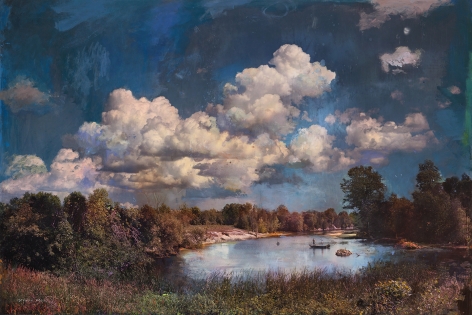 Stev'nn Hall "For The Time Being No.1" 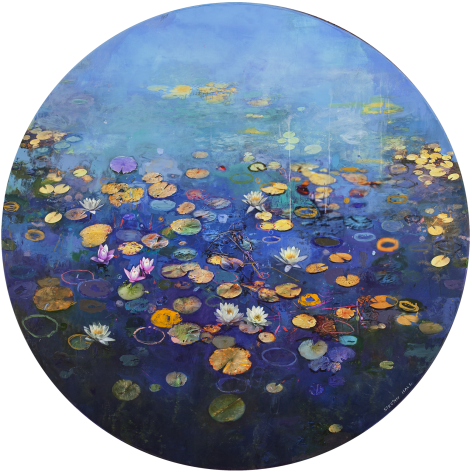 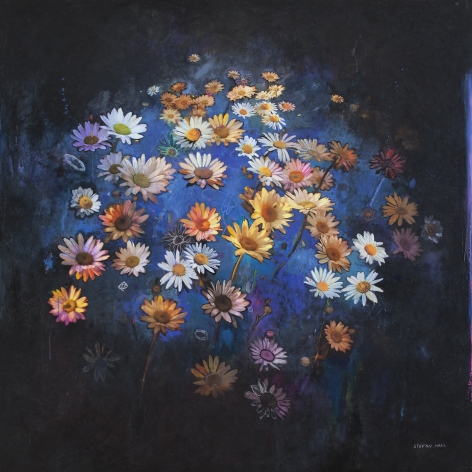 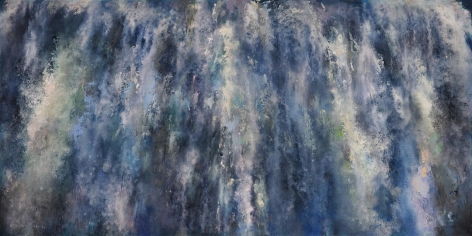 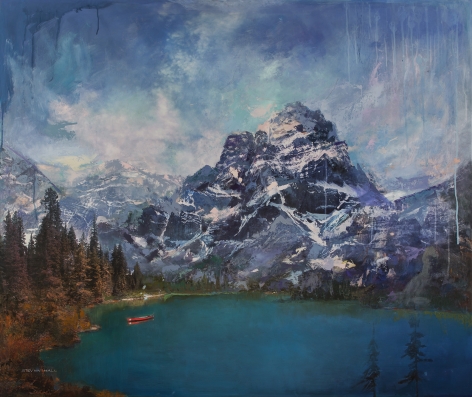 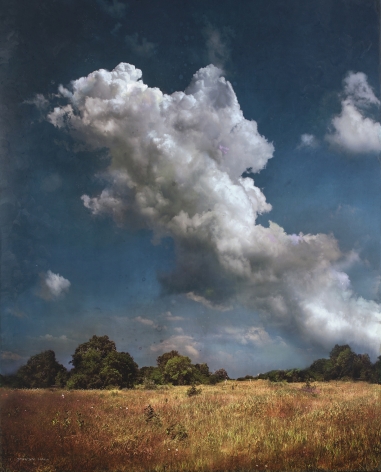 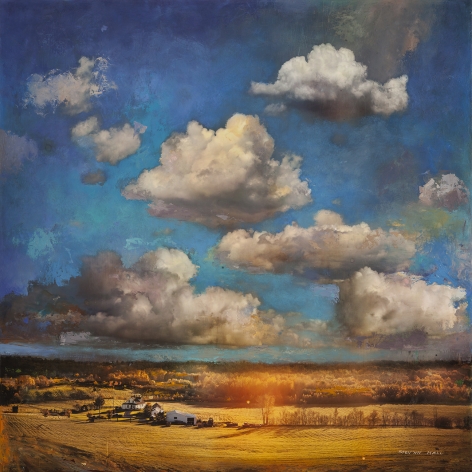 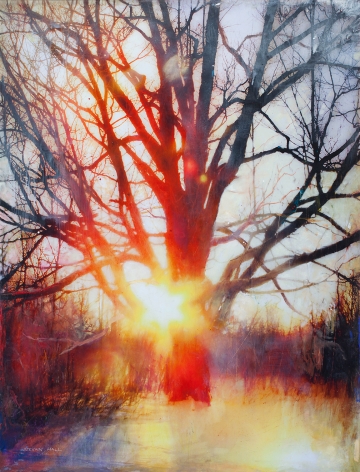 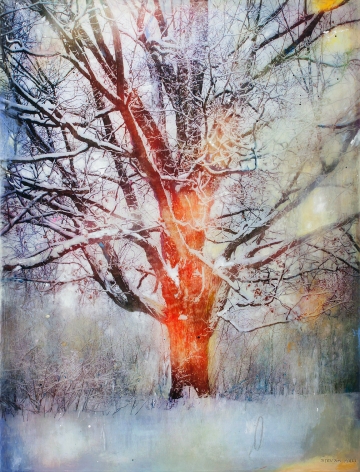 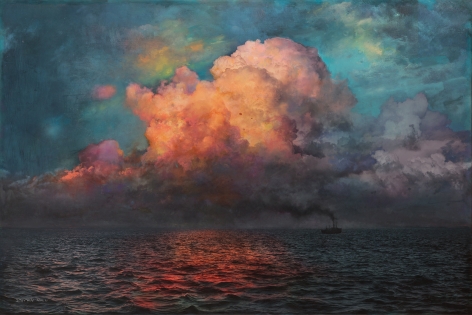 Stev'nn Hall "Evening on the Sea No.1" SOLD 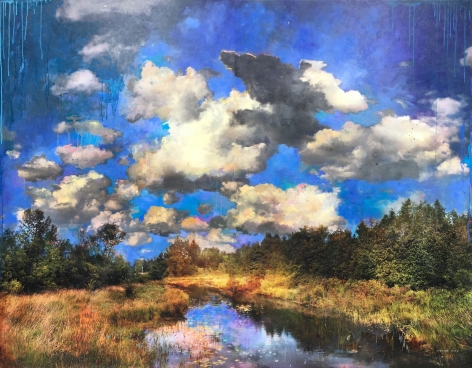 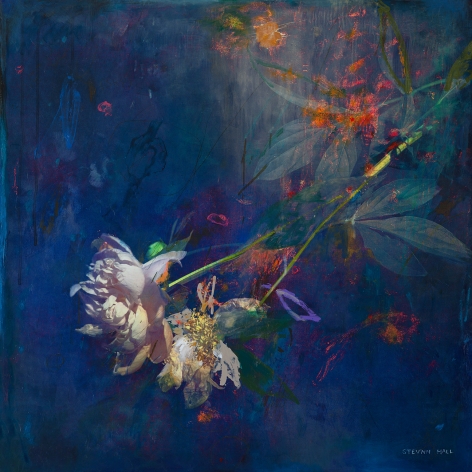 Stev'nn Hall "Within Reach No.1" SOLD 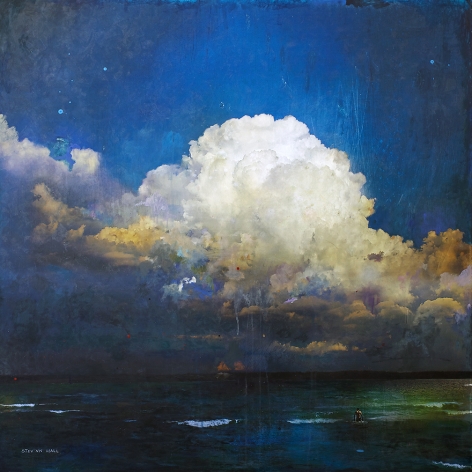 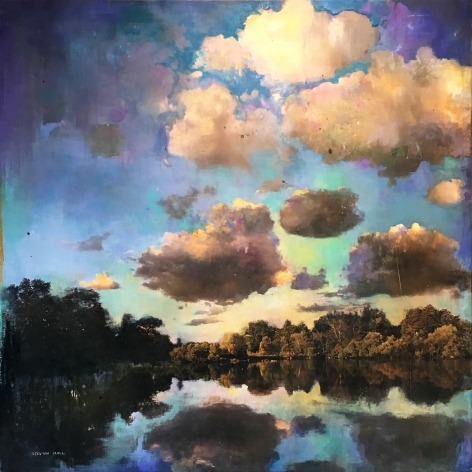 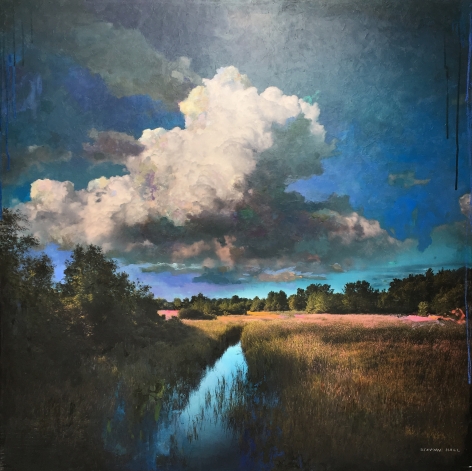 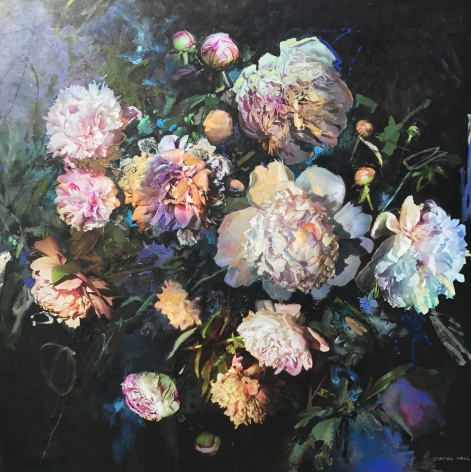 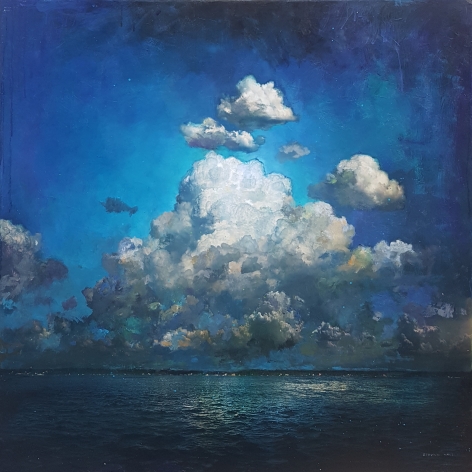 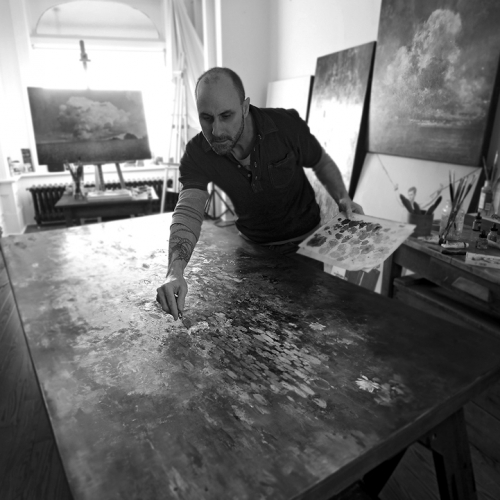 Stev’nn Hall grew up in rural Ontario juggling with a 35mm camera in one hand and a paintbrush in the other. He studied film, painting, and photography at Concordia University in Montreal and continues to draw influences from these disciplines.

After working as the director of a non-profit film co-op, as well as a director of indie music videos and as an international award-winning television promo producer, Stev’nn Hall returns to his roots with Skylight, a photography and mixed media landscape series.

Exploring and blurring the boundaries between painting and photography, the artist takes us on a back-seat tour recalling his past, romanced by his creative imagination. The transformation of the image is an operation of coloring, scraping and embellishing it with brush strokes and raw color, creating a new world that seems to be forming before our eyes. The images and the magic within them are both ravaging and ravaged. The series was conceived during Stev’nn Hall's frequent travels to his hometown to take care of his parents sick with cancer, and to finally to bury them; this episode marks his work with an emblematic sorrow. The light falling on this bruised land is beautiful but also sweet and sour. Life, love, and mourning are intertwined here.

Lyrical poets and visual artists of the romantic period of the nineteenth century have an attraction for clouds. The circus, the stratus, and the cumulus imposed themselves in the paintings of John Constable, Turner and raised the psychological drama of the isolated figures of Caspar David Friedrich. Like Stev’nn Hall, romantics contemplate nature and its potential for The Sublime, and time permeating a landscape is an emotional experience. The awesome beauty of the world can act as a catharsis, and Stev'nn Hall's work is like epic postcards of a pilgrimage in our consciousness, with the potential of an epiphany. In each, there is an opportunity for a deeper experience. In the active imagination of the artist, a skylight becomes a door to personal liberation. No matter what life brings us, Stev’nn Hall believes that we are free to change over and over again. Just like a cloud.

His work can be found in the public spaces of the Residences of the Ritz Carlton in downtown Toronto and in the lobby of the Fallsview Casino in Niagara Falls. Stev’nn Hall is represented by Galerie LeRoyer since 2012. 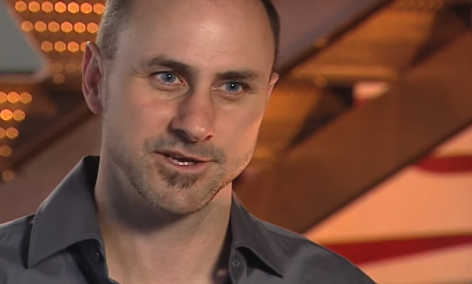 Stev’nn Hall (previously) blends photography and painting together in an impressionistic style, often focusing his works on the rural landscapes of his Canadian home, or images of flowers he takes in his studio. The pieces are built from images shot with a 35mm camera, and feature gestures on the surface in the mediums of acrylic, ink, and pastel. These markings serve as both complements to the landscapes and abstract bits of scrawl, simultaneously pushing the underlying photograph to appear more like a painting, and Hall’s painted additions to seem like photographic errors. 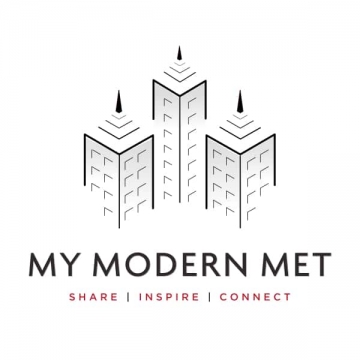 Artist Stev’nn Hall fuses painting and photography to create stunning landscapes that blur the line between fantasy and reality. After studying the two disciplines in school, he combines the precise, documentary eye of photographs with the uninhibited splatters of brush strokes. The results are striking, Impressionist-style compositions rich in color and texture, boasting areas of intricate detail as well as large, diffused fields of pigment. 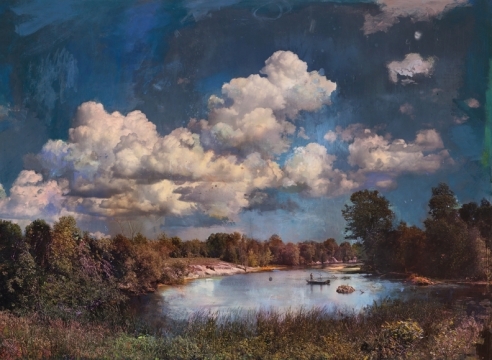