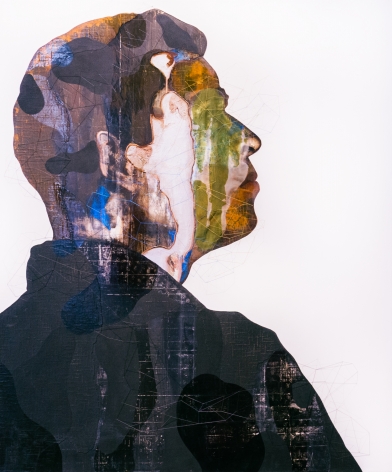 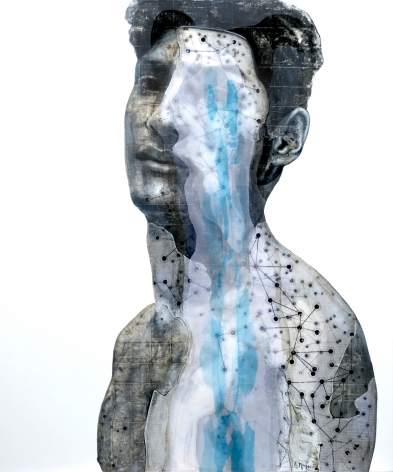 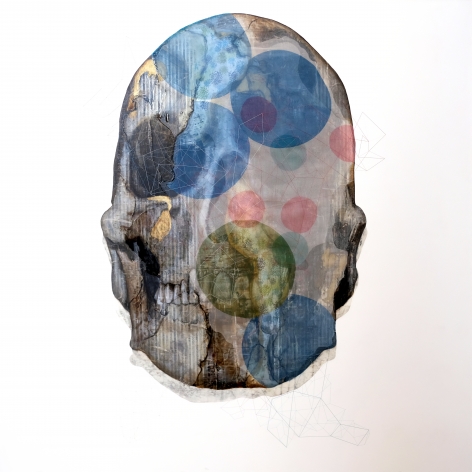 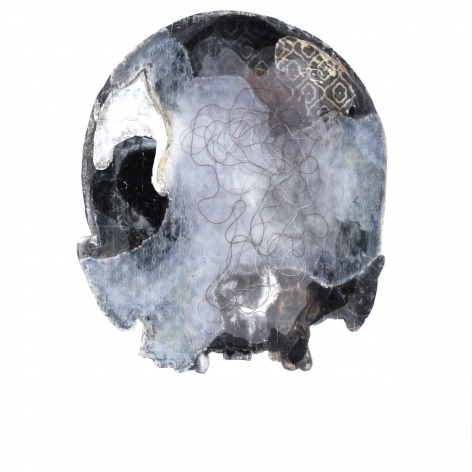 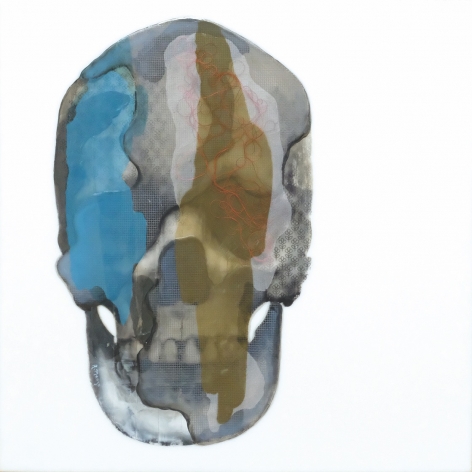 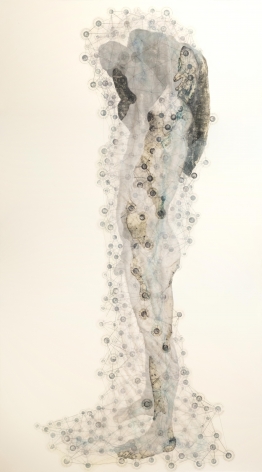 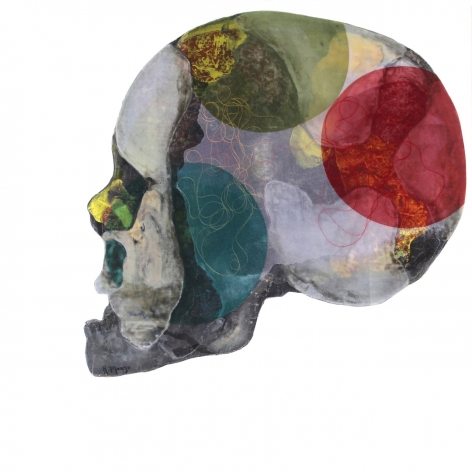 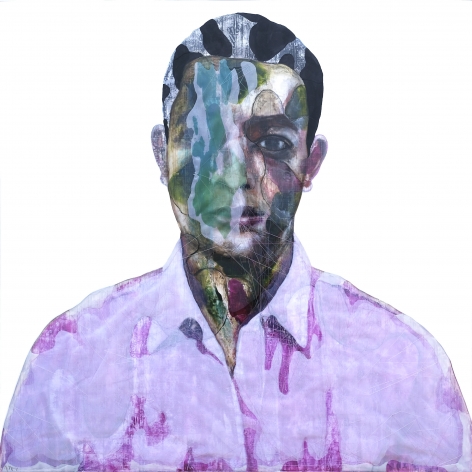 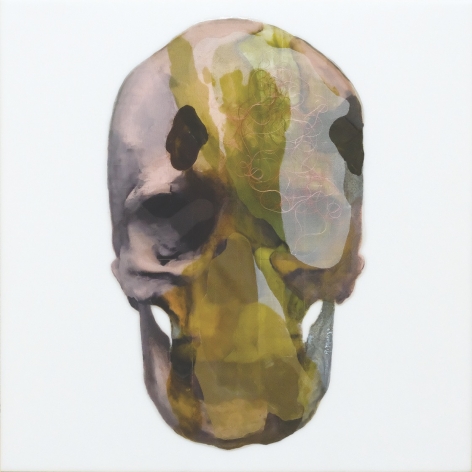 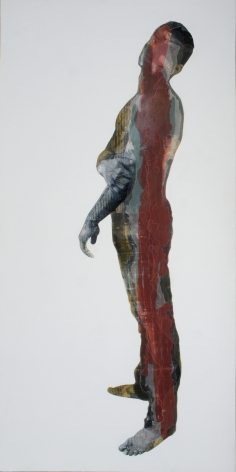 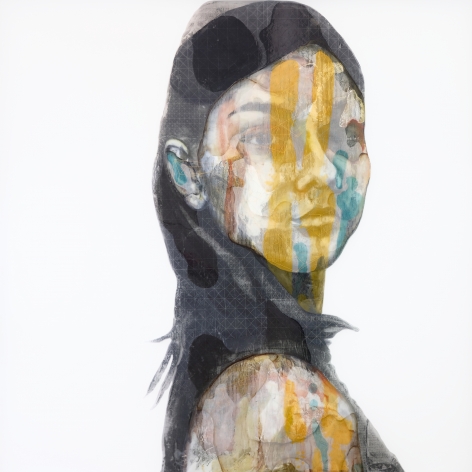 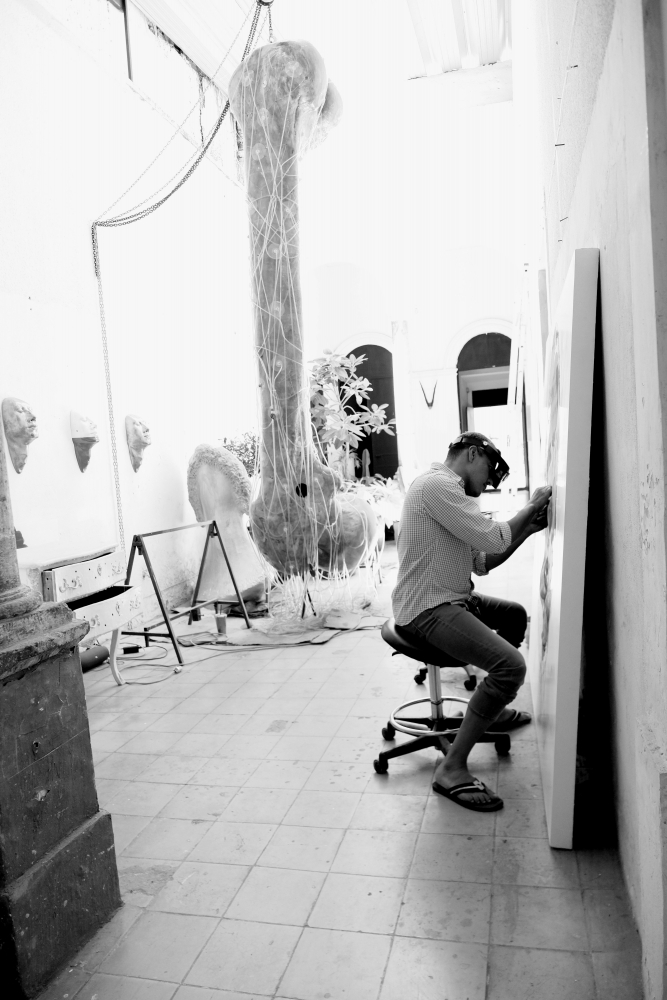 For Rogelio Manzo, the practice of portraiture is more than a way to capture a likeness. His darkly compelling images of the human figure reflect a blend of cultural influences--as well as an underlying concern with the fragility of life. The artist, who moved from his native Mexico as a youngster, first settled near relatives in Reno, Nevada, then found his way to Sacramento, where he still makes his home.

Returning to Mexico after completing high school in Nevada, Manzo studied architecture while simultaneously making an informal study of painting. But he found architecture "too strict." In the following years, he brought his architectural and drafting skills to play--working in that field to earn a living--until eventually, he made the welcome discovery that full-time commitment to his passion for art was in fact a viable career choice.

Manzo's brush with architecture inadvertently yielded his unusual choice of materials--resin panels designed for use as interior wall treatments. He first manipulates the panels, sanding and preparing them to accept transfer images as well as paint, and adding layers of silk and other fabric. He has experimented with a variety of materials, eventually hitting on a combination that allows a light-infused and reflective surface to mitigate the dark imagery.

While his early paintings were more in the realm of Magic Realism, he became fascinated with the human face. "It's the first thing we see in the morning, of our loved one, of ourselves, everyone..." he says, adding "I went to portraiture because... I wanted to explore who we are, as the human race." Manzo's work is gaining recognition; after shows in Sacramento and San Francisco, and several art fairs, the artist will have work included in a show at Lancaster Museum of Art & History, "The Contemporary Figure: Past Presence," as well as a solo show at Jack Fischer Gallery in San Francisco, both this fall.

Many of his works combine elegance and decay, "About a year ago I was getting ready for a show in Sacramento and I started painting models from magazines. They're always so perfect, with the make-up, and the lighting... then you go outside and you don't see them, you wonder where are all these people?" Renzo (2011), for example, portrays a brutally handsome man in a crisp striped dress shirt and dark jacket incised with a geometric grid. While his appearance might suggest the elegance and poise of an actor or fashion model, we are startled by distortions: a bent nose, too-full lips and bruise-like discolorations of skin. Where eyes might reveal personality, we find instead empty space where paint has been scraped off.

The artist freely admits his imagery skirts the macabre. While we might be shocked or disturbed by the work, the balance between horror and beauty seduces us in, like a spine-tingling movie giving us goose bumps that are somehow, ultimately pleasurable. Manzo also has a deeper message underlying the work, drawing attention to the death and injustice surrounding us in the world--things which many of us often prefer to ignore. In addition, his work reminds us of our shared mortality "we are here and we have so little time... when I'm painting a figure that is decaying... it's to remind myself that life is such a brief moment."

Manzo's distorted and flayed subjects share a clear kinship with those portrayed by Francis Bacon, an artist whose work likewise explores dark corners of the soul. Rogelio states he finds inspiration in the work of artists from many cultures, but that his Mexican heritage has imbued in him a strong desire to create work that looks "hand-made. I've seen a lot of work out there that looks so perfectly done, so clean, it looks like a machine did it... but for me, I almost have to have my hand print." 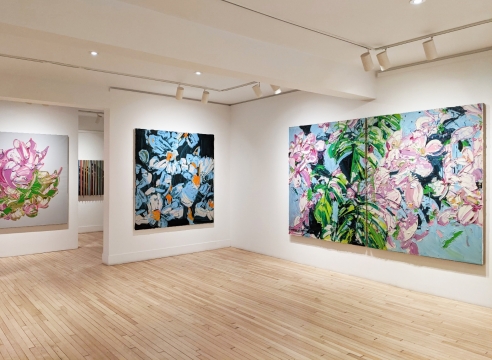