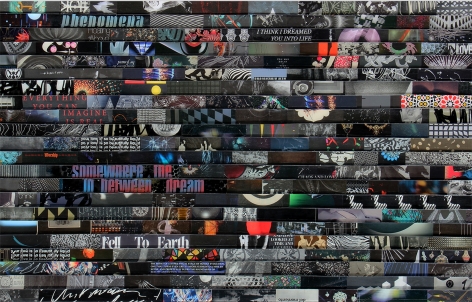 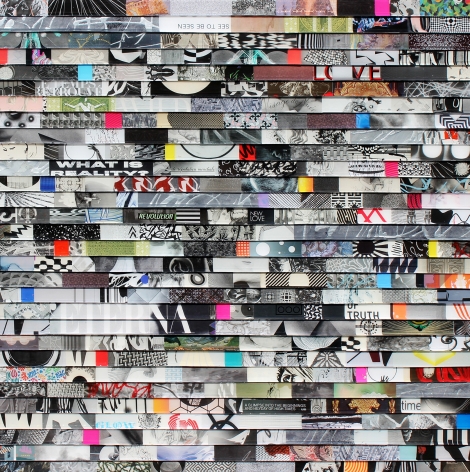 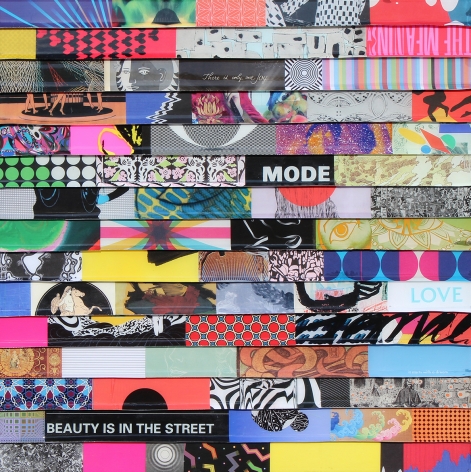 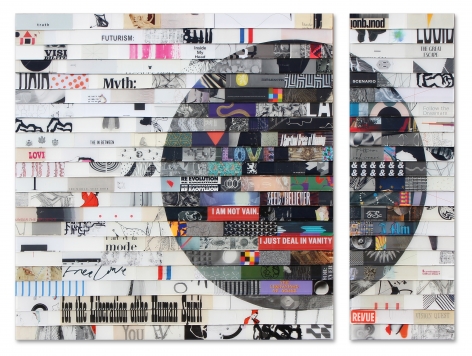 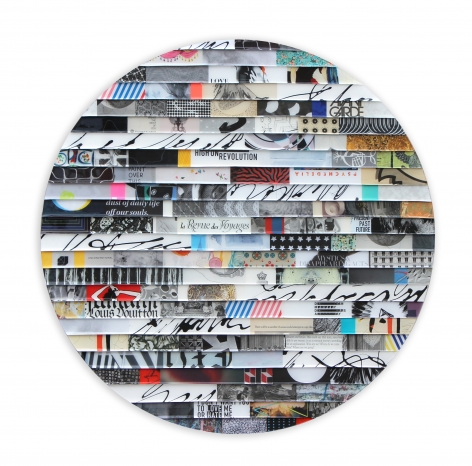 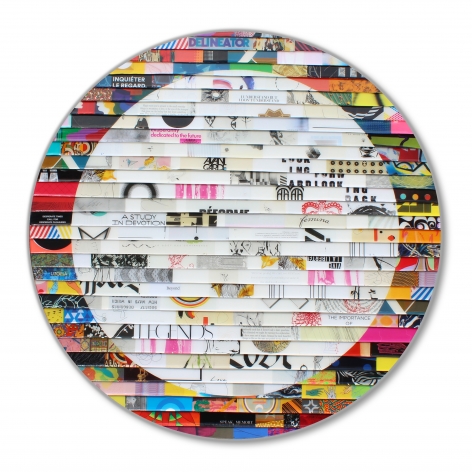 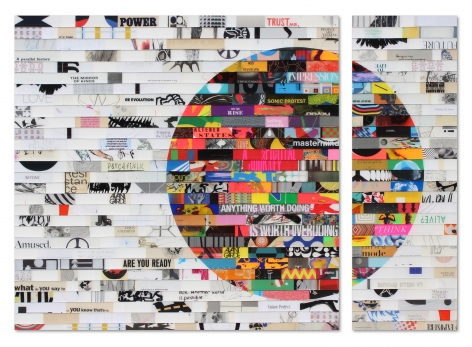 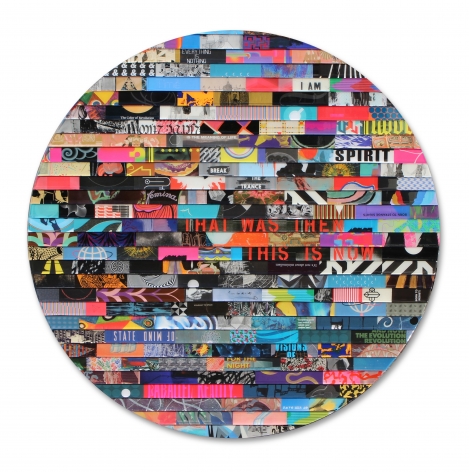 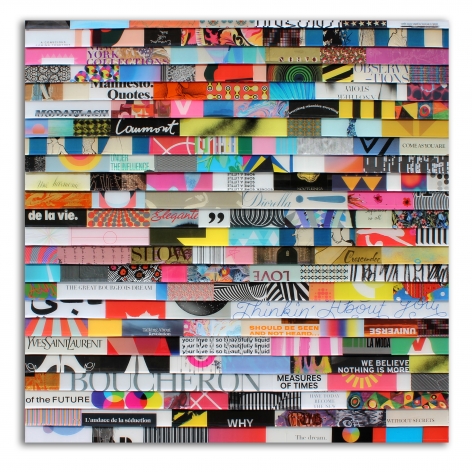 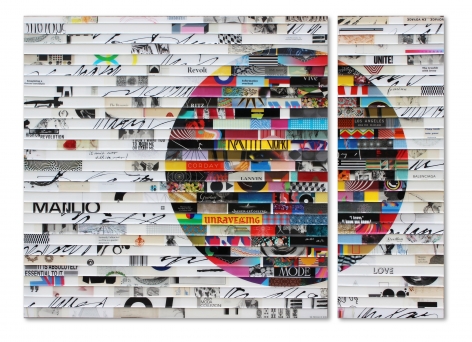 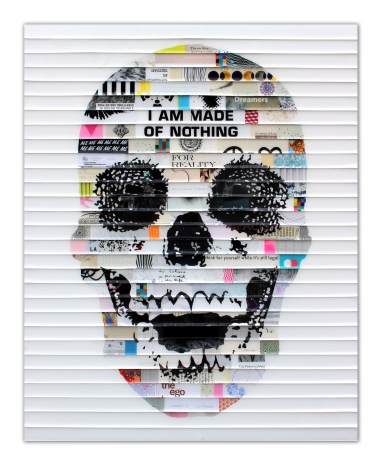 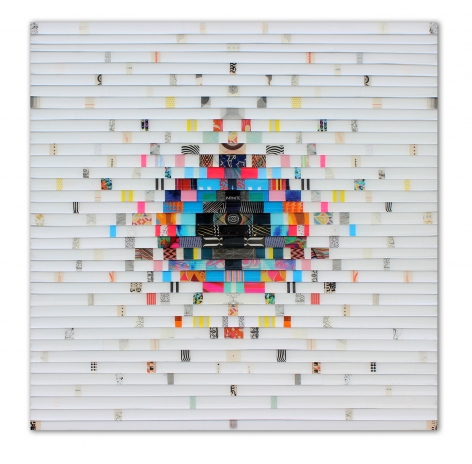 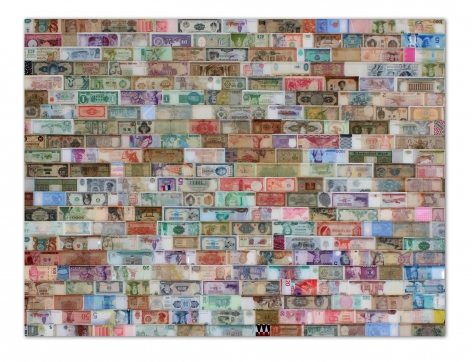 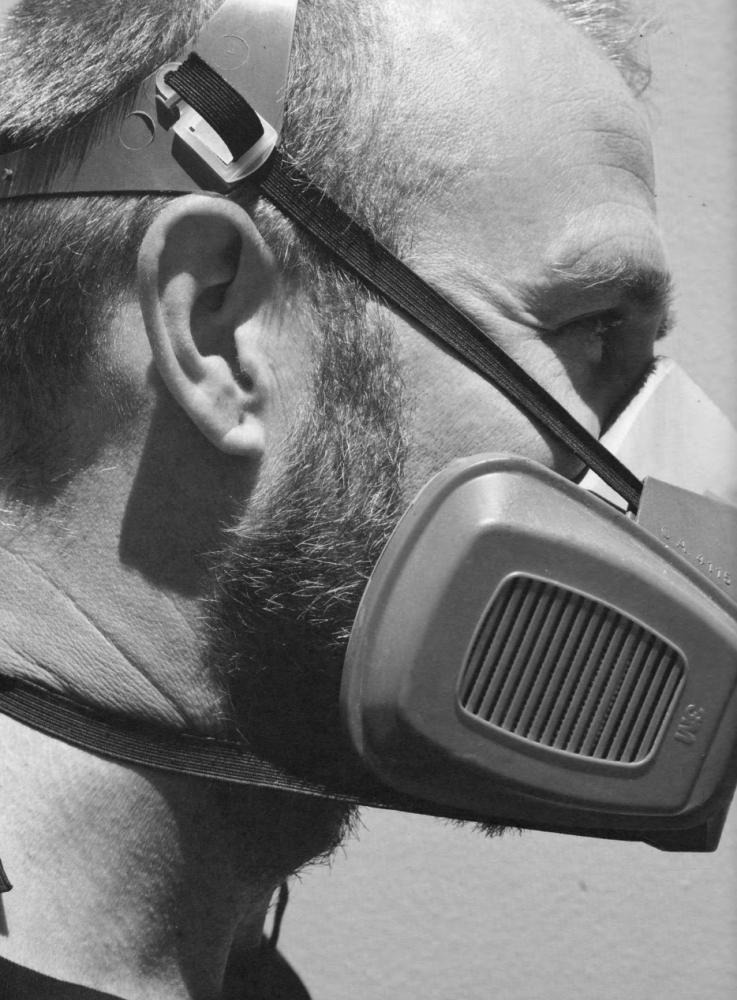 Polish Canadian artist James Verbicky was born in 1973 and lived the majority of his early life in British Columbia before immigrating to the United States in the early 2000s.  He struggled with legal status for many years before finally being awarded the  ‘Extraordinary Ability’ Green card due to his extensive involvement with a wide range of museums,  galleries, publications, nonprofit organizations, and philanthropic endeavors.  In  2008,  his work was selected for a 110-year-old juried exhibition at the Louvre with the  Societé Nationale des Beaux-Arts.

Shortly after his exhibition in Paris and finding inspiration among the magazine vendors that range along the  Seine, Verbicky created the media paintings: complex and sculptural mixed media  artworks that became his vessels for communicating about a society oversaturated by media.  By  utilizing  rare  historical  content,  including  both  obsolete  and  persisting  brands  and advertisements,  as  well  as  vintage  graphics,  Verbicky  has  constructed  a  large  oeuvre  of densely  layered  and  unique  compositions  that  ensnare  the  viewer  by  engaging  the  natural human  proclivity  to  find  order  in  chaos,  to  sort  and  assign  meaning  as  a  way  to  navigate  the world.  In this process, he reminds the viewer that they are constantly being influenced.

In  2014, Verbicky returned to paint on canvas with the ERA  and Bhavanga series,  which allowed him to transcend the barriers of paper collage with bands of the hand-painted canvas, enamel script, classical imagery, and crystalline.  At his core, Verbicky is a visual language manipulator, unsatisfied with deconstruction alone, he is driven forward by the process of reconstruction and the creation of a new, abstract visual language. In 2018, he expanded his vision further by venturing into the world of three-dimensional monumental sculptural works, which buildout into the environment and create a sensory experience beyond sight alone.

Verbicky collaborates frequently with philanthropic organizations, using his artwork to contribute to non-profits like the  Waterkeeper Alliance and the Art of Elysium.  He has been the focus of international exhibitions ranging from Berlin to Bangkok, Beirut to New  York  City, Boston,  Washington  D.C.,  and  Los  Angeles.  His pieces have been auctioned by Sothebys & Christie’s, and are counted in thousands of important private,  public, celebrity and museum collections in countries all over the world.

Verbicky works and lives with his wife and two children in  Southern  California.

With his first solo exhibition in Vancouver, Canadian mixed-media artist James Verbicky marked a milestone, a sort of right of passage, if you will. His triumphant return home as an accomplished artist came after he'd made a name for himself abroad.

It's familiar route for many in the Great White North's art community. It makes a recognition as a Canadian artist more than merely a funtion of his status as a native son, but a measure of appreciation of a tested creative force. 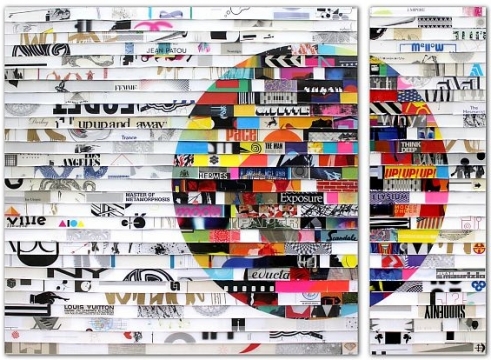 Everything that is happening is happening in our mind. That just might be the skeleton key to the doors of perception. While William Blake wrote about cleansing those doors, and Aldous Huxley characterized those perceptual doors as what lies in between the known and unknown, James Verbicky paints intense and immersive images of the windows of perception. He doesn’t, of course, depict what is seen by looking through them but rather what we experience by looking at them, thus permitting us to be witnesses to the act of accumulating layers of meaning via visual information itself.

Walking into Verbicky Studios in San Clemente, I can’t help thinking what a remarkable space itis. One moment I’m in a familiar Southern California surf town, and then suddenly I am transported into something one could expect to find in New York. From the industrial piped ceiling, steel walls, and reclaimed floor, the space is impressive and undeniably unique. Massive roll up doors expand into a sophisticated gallery lounge for entertaining Verbicky’s clients and dealers as well as displaying his most recent experimental work.

“Initially, I thought of my work as a kind of branding warfare,” says artist James Verbicky of the three-dimensional works he creates using vintage media and advertisements in his San Clemente studio and shows through the JoAnne Artman Gallery in Laguna Beach and Madison Gallery in La Jolla. “It still is, but it’s also an exploration. I take things out of context, chop them up, remove parts and give them a new meaning.” Verbicky, who obtained an Extraordinary Ability green card to stay in the U.S. after leaving his native Canada, began as an abstract painter and experienced a pivotal turning point when he was selected to show a piece at the Louvre in 2008. 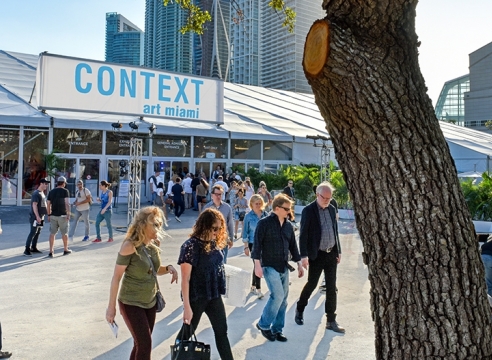 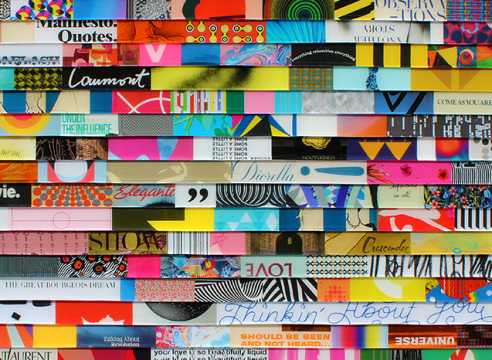