Eric Lapointe "On the Road"

Eric Lapointe "Sky is the Limit" 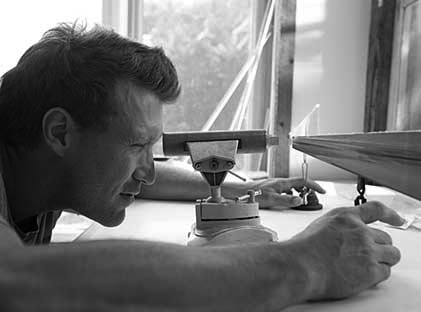 Bronze is a heavy metal filed with tradition. Indestructible matter that takes us traveling back in time, it is now maverick to use it in contemporary art. Eric Lapointe diverts this legacy and presents sculptures that portrait the tricks of society as cutting edge tools that put into perspective what we have become: individualistic, materialistic, possessive, hurried, obsessive...

To look at reality in another way, to show the hidden side of mundane life, to open the mind to a new way of seeing, to develop a critical look at the world, Éric Lapointe tries to give perspective to things, to take his subjects out of their ordinary and to make their hidden reality visible. He wants to oppose figuration with emancipated forms to a restored image, seen through a lens integrated into the sculpture, which corresponds to our usual vision of a subject. This optical illusion not only serves the form but also its purpose, which is to rebel against the evidence that alters our ability to question our habits. By choosing his subjects, he offers to the observer's critical gaze several points of view on the modern world, exposing the mechanism of appearances and the illusion of standardization conveyed by our society.

At first sight, the form is hardly recognizable. It is curiosity that leads us to discover the optical system, hidden or not, which acts as the key to the enigma. Looking through the lenses, we suddenly have access to the revelation of the subject in what is most commonplace. This comfortable vision serves as a point of reference and anchor in reality. From there, we understand better the abstraction of the external form which is re-established by a complex game of optical distortions. This principle is called anamorphosis, which gives rise to a paradox between reality and illusion. The deformations that erupt in all directions correspond to these poorly controlled emotions that we are going through. At the same time, the optical recovery seen through the lenses suggests the normality to which we would like to correspond, the image of ourselves that we heal, to the detriment of our intrinsic truth. The meeting of these two divergent realities is at the smallest point in the piece, the one that comes closest to the lens. The resultant sculpture thus becomes a kind of inner image, an emotion frozen in time that comes from the inner struggle we are waging with the outside world. Thus, the scientific approach, which comes from the field of optical physics applied to psychic investigation, gives the perspective of a broader vision.

Lenses, which are just as many filters that alter our perception of the world, are apparent to highlight the importance of understanding, of solving puzzles, of lifting the veil on our defense mechanisms. Seeking the balance between the objective and the subjective allows us to disassociate ourselves from mental rigidity and emotional agitation. It is by withdrawing temporarily from this internal tugging that we can hope to see more clearly, and thus to reach serenity.

Born in Quebec City in 1971 and now living in Grondines, Éric Lapointe obtained a college diploma in pure and applied sciences in 1988 at the Cégep of Limoilou. He then pursued studies in graphic design in 1991 at the Cégep of Ste-Foy and finally completed a bachelor's degree in visual arts in 2000 at the Université Laval in Quebec City. Éric Lapointe has a career as a bronze sculptor for the past 14 years. Having already been represented in galleries in the United States and currently exhibited in Montreal, his work enjoys notable recognition for his sculptures are part of many private collections. 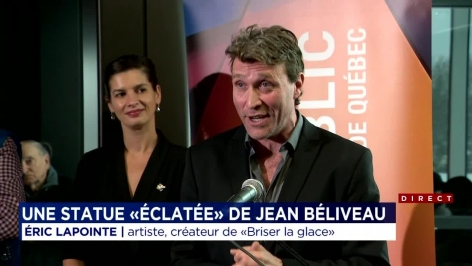 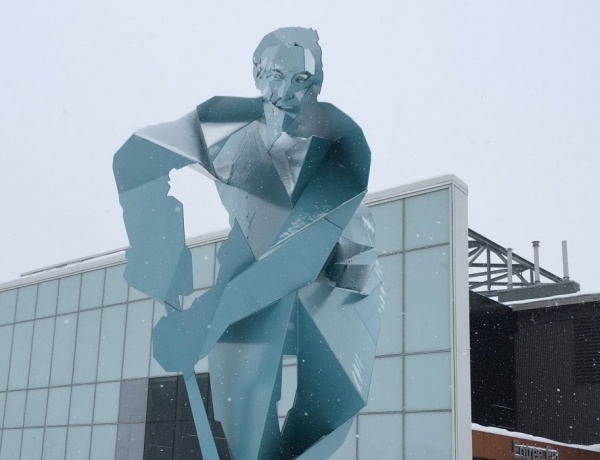 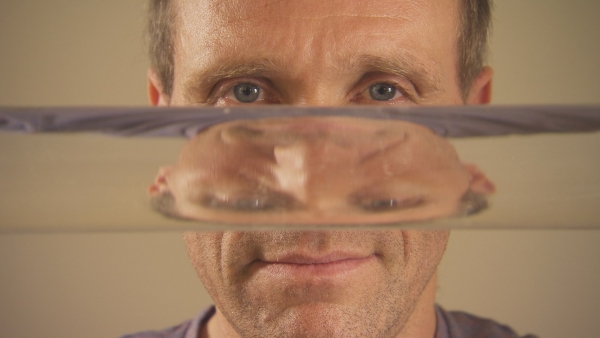 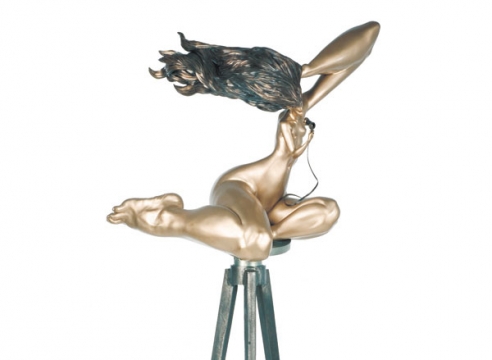 Éric Lapointe
Defying the SystemSecondary Title june 2007
Back To Top